Sometimes I just crave a change of scenery.  Or perhaps it would be more accurate to say a change of temperature.

It’s that time of year in Georgia when I find myself obsessively checking Weather.com, hoping that maybe, just maybe they had the forecast wrong and it won’t really be 91 degrees on the 5th of October… maybe?  And oh, the humidity!  You step outside and it feels like someone has taken a sweater out of the dryer halfway through, and it’s still wet and it’s hot and it’s heavy… and they drape it around your entire body and doesn’t that just sound awful?  Seriously.  It reads 90% humidity outside right now on my little weather station in the kitchen.

These are the times when I love my husband’s job even more than I usually do.  Because while being a standby traveler makes it difficult to do things like plan a trip in advance in the high season, or any season for that matter, it does make hopping on a plane last minute and getting the heck out of Georgia when you simply can’t take anymore an option.  And if you really want to go somewhere different from Georgia without leaving the US, I’d say that San Francisco is about as different as it gets.

My son and I did exactly that, back in mid-September.  I texted my best friend who lives in San Francisco, gave her a couple of days warning (which she was an amazingly good sport about!) and headed west.  Now, I love San Francisco even without a need for chilly weather.  But combine my near-desperation to escape from heat and humidity with the pull of this amazing city AND the chance to laugh with my best friend AND hang out with my son and you have a pretty much perfect weekend, as far as I’m concerned.

As we always do, we stayed with my dearest friend, who lives out near Sutro Tower, close to Twin Peaks. She has an absolutely incredible house set high on a hill, with views of the city and the fog and eucalyptus and wheeling hawks, and then the fog rolls in sometimes and you can’t see anything but that’s amazing too in a shrouded in mystery sort of way.  Just being with her there with those views and laughing the way that only she can make me laugh makes the 4 hour plane ride out there worth it many times over.  And my kids adore her as well; last time we were out, in November 2017, she stayed up late with my night-owl son, teaching him juggling tricks.  She further cemented her status as Mom’s Coolest Friend Ever by taking the 3 of us to Chinatown and knowing where to find the best bubble tea and egg waffles.  And of course she speaks Chinese- doesn’t everyone?  Just like that, with juggling and bubble tea and egg waffles and speaking fluent Cantonese she became like a hero to my children. I promise them trips to see Tiffany as a reward for pretty much everything these days, and it works.

And spending time with my boy was also great.  I’ve already mentioned Chinatown, where we went as a reward to ourselves for having walked Lombard Street in its entirety.  There we had dessert- well earned after climbing the equivalent of an urban Mt. Everest (okay, not really) but more on that in a bit. Before our climb, however, we fortified ourselves with a meal in North Beach, the Italian part of San Francisco.  I can honestly say that the pizza my son and I shared was among the best I’ve ever eaten.  After lunch we headed to San Francisco’s Chinatown, our favorite part of the city.  Just wandering through is an experience in itself:  shops filled with baskets of herbs and spices, produce piled high, tiny old women pushing and shoving to get the best fruits and vegetables to put in the carts they pull behind them on the sidewalk, and language swirling around that I can’t even begin to understand.  People who are upset by languages other than English being spoken in America should never, never go here.  Never.

But it doesn’t upset me in the least.  I revel in it.  I believe that this diversity is part of our strength both as human beings and as a nation.  And, it provides us with really incredible and interesting food!  This is a win, folks!  And interesting and incredible was certainly what we found for dessert in Chinatown that day.  My guide/best friend introduced us to these incredible little egg custard tarts (dan tat is what they are called- seriously, you have got to try these things) as well as a light, sweet, milky custard in a little hole-in-the-wall place that made the egg waffles and bubble tea that my son had to have.  And then, we ended our day with takeout Chinese that we took back to my friend’s extraordinary house and enjoyed on her sofa in our pajamas.  We earned it after walking  probably 12 miles that day, half of which I’m convinced were uphill.

I’ll be heading back again in about a month, this time with my daughter and her friend.  Remember that bit about using trips to see Tiffany as a reward for various things?  Well, that’s what is happening in November.  It will be a completely different experience with two teen girls rather than one teen boy, but wonderful nonetheless.

And pretty soon I’m going to know that city better than I know my own, because that’s what happens when you walk every square inch of a place. 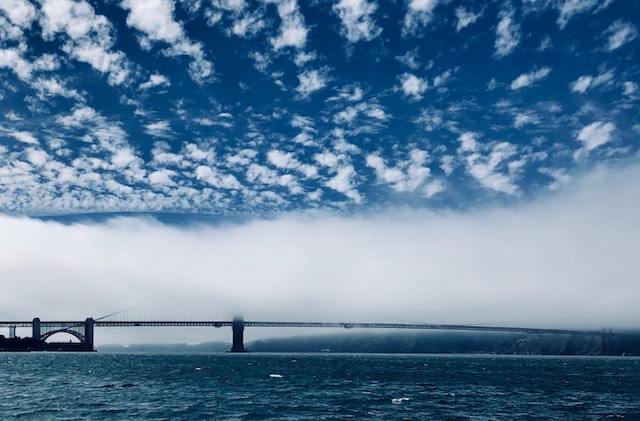